Sign in
Welcome! Log into your account
Forgot your password? Get help
Password recovery
Recover your password
A password will be e-mailed to you.
Cars U Wanna
Home 2018 2018 BMW X3 – Spotted Testing
The prototype for the 2018 BMW X3 was just spotted testing. This upcoming model will mark the brand-new generation of one of the strongest SUV’s on the market. The outgoing model of the X3 offers a robust performance, a nice interior and good features, all for a very reasonable price, and this new-generation X3 will be no different.

The new model will reportedly feature an ultra-lightweight body that is a result of more efficient engineering combined with lighter-weight materials. The platform used to underpin the new X3 will be the CLAR modular platform that first debuted in last year’s 7-Series model. But, given that the X3 is an SUV, BMW will need to modify the platform specifically for it, just like they will need to modify it for the X5 and the new model of the X7 that are due next year.

In terms of engine and powertrain, the new 2018 BMW X3 will most likely share its setup with the 3-Series. This means that the X3 could come with the German car company’s latest 3.0-liter inline-6 engine, as well as the inline-4 unit and plug-in hybrid variant. As for the future, there are rumors that BMW plans of releasing a battery-powered electric version of the X3 by the end of this decade.

Aside from the all-electric version, look out for some some performance variants in the near future, as well. We are definitely looking forward to the new X3 M40i and X3 M. The latter has already been spotted testing in its prototype form, so we already know that it will feature a wider and a more aggressive body treatment, but we are also hoping it will take some parts from the new 425-horsepower M3/M4 line.

The 2018 BMW X3 is scheduled to be officially revealed on June 26th, when it will debut as a 2018 model. The new model will likely go on sale by the end of the year, beginning of 2018 at the latest. As for the pricing, we don’t expect the starting price to deviate much from the current starting price of $40.000. But, we’ll hopefully get all the official information we need on the 26th of June when the brand-new X3 makes its first official debut. 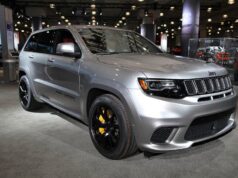